A lot of us acknowledge Windows as the operating system that we love to hate. Whether it's at the office, work or that gas pump that you never really gave a second thought, it's really hard to get by without having to deal with a little Microsoft stress every now and then. Sometimes it feels bloated and clunky and you just want to mangle it with a mouse, but all in all, it's familiar. I guess one could say that familiar was the inspiration behind windows 10.

What went wrong with 8?

Well tablets happened... Particularly Android and iOS. The tablet explosion was huge. We all talk about how Apple pretty much cornered the tablet market with the introduction of the iPad and how well Android devices are doing everywhere else. What you may not know is that Microsoft was actually putting out tablets before even Apple. They basically shoehorned Windows into a tablet form factor but it didn't really take off. I guess it just didn't feel quite right; it's not surprising in hindsight. The user interface was not designed for use with anything other than a keyboard and mouse. Not wanting to feel left out of the "post-pc revolution", Microsoft needed an operating system designed for the tablet age. 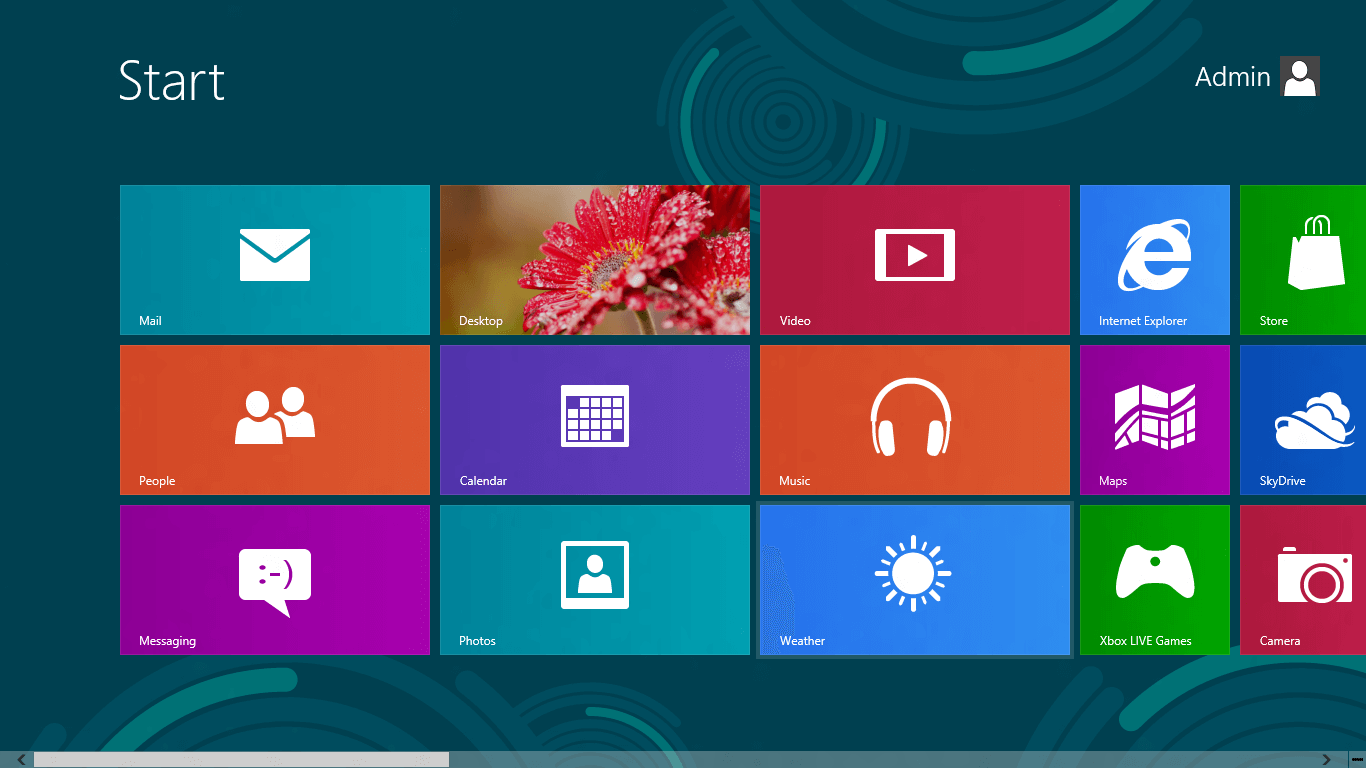 The plan was simple. Redesign windows for the future; which a lot of people think are mobile devices with large displays and touchscreen devices. Unfortunately for everyone, Microsoft tends to be a bit of a crowd pleaser, particularly when it comes to the enterprise and legacy (tech speak for old software) support. This created a huge conflict in the user experience design - How do we design a touch friendly user experience, while making sure that existing software works, while keeping familiar tools and everything businesses like to have and... Well, I'm sure you see where this is going...

The result of the need to please everyone resulted in an OS that most of us would quite reasonably like to pretend never happend. However this doesn't mean that Windows 8 was anything short of a fresh reboot under the hood. It was faster, more secure and fixed one of my pet peeves with windows; file copy, just to name a few. However, the negative reception surrounding the poor user experience completely eclipsed all of the major benefits that came in windows 8. A lot of people got around this by installing Classic Shell or some other desktop customization solution, but for Microsoft it was already too late. It had already become cool to hate on Windows 8.

I've been following the release since the Technical Preview or public beta. While the preview build was never really my daily driver, it gave me a strong sense of what to expect with the production version. It is quite fast and responsive. The new start menu merges the old with the new. It's still the same old start menu at heart, but with the windows 8 live tiles tacked on to the side. It's nice for a consistent quick access to the my favorite apps

Cortana plays a big role in Microsoft's vision for Windows. She is at her core a personal digital assistant much like Apple's Siri and Google's google now but represented as a small circle on the task bar. A lot of you would have noticed that i used the pronouns "she" and "her" when referring to Cortana (I'm not being creepy, I promise); This is because Microsoft has gone to great lengths to give Cortana a real personality.

Avid gamers would remember the popular character from the Halo series on the Xbox and while Microsoft claims this Cortana is unrelated to the game character, she does share a strikingly similar personality (not to mention voice actress) even confirming that she is at least aware of Master Chief (The protagonist in Halo) when asked. Come on Microsoft, you're not fooling anyone.

... I do feel like I've known Cortana for years. Being a fan of the game, I already know her history. It's hard not to remember the fun times we had saving the galaxy when I ask about the weather in the morning...

Cortana is pretty snarky and shows real sarcasm when you ask some well... remarkably silly questions. It does make me feel like I can trust her or at least rely on her when i need something. I'm very often quickly brought back to reality when she defaults to a Bing search when i ask some more specific questions every now and then. Ultimately I must admit that I am extremely biased because I do feel like I've known Cortana for years. Being a fan of the game, I already know her history. It's hard not to remember the fun times we had saving the galaxy when i ask about the weather in the morning. I think that this gives Microsoft a leg up over Siri and Google now when it comes to the trust factor, but they still have a bit of catching up to do in terms of functionality.

Although Windows 10 made quite a big splash with a variety of flashy new features, there are quite a few lesser known but welcomed changes like the addition of a built-in PDF printer, the Quick access toolbar and ability to use keyboard shortcuts in the Command Line.

Despite all this, I can't help but feel that Windows 10 was Microsoft rushing to make up for it's mistakes with Windows 8. There are still a lot of inconsistencies with the new design language, a lot of duplicate menus and settings panels. This is most obvious with the introduction of the Settings Screen which has some, but not all the settings i am looking for. If i want even more settings I go to the control panel. Clearly, it's still not always obvious where to go when i want to do or change something.

I can't help but feel that Windows 10 was Microsoft rushing to make up for it's mistakes with Windows 8. There are still a lot of inconsistencies with the new design language...

This pretty much means that Windows 10 suffers the same issues that Windows 8 did; Legacy design language clashing with the new tablet age design paradigms resulting in a lot compromises in user experience. Sometimes apps have to instruct you on how to manually adjust certain settings. All in all, it just feels sloppy. 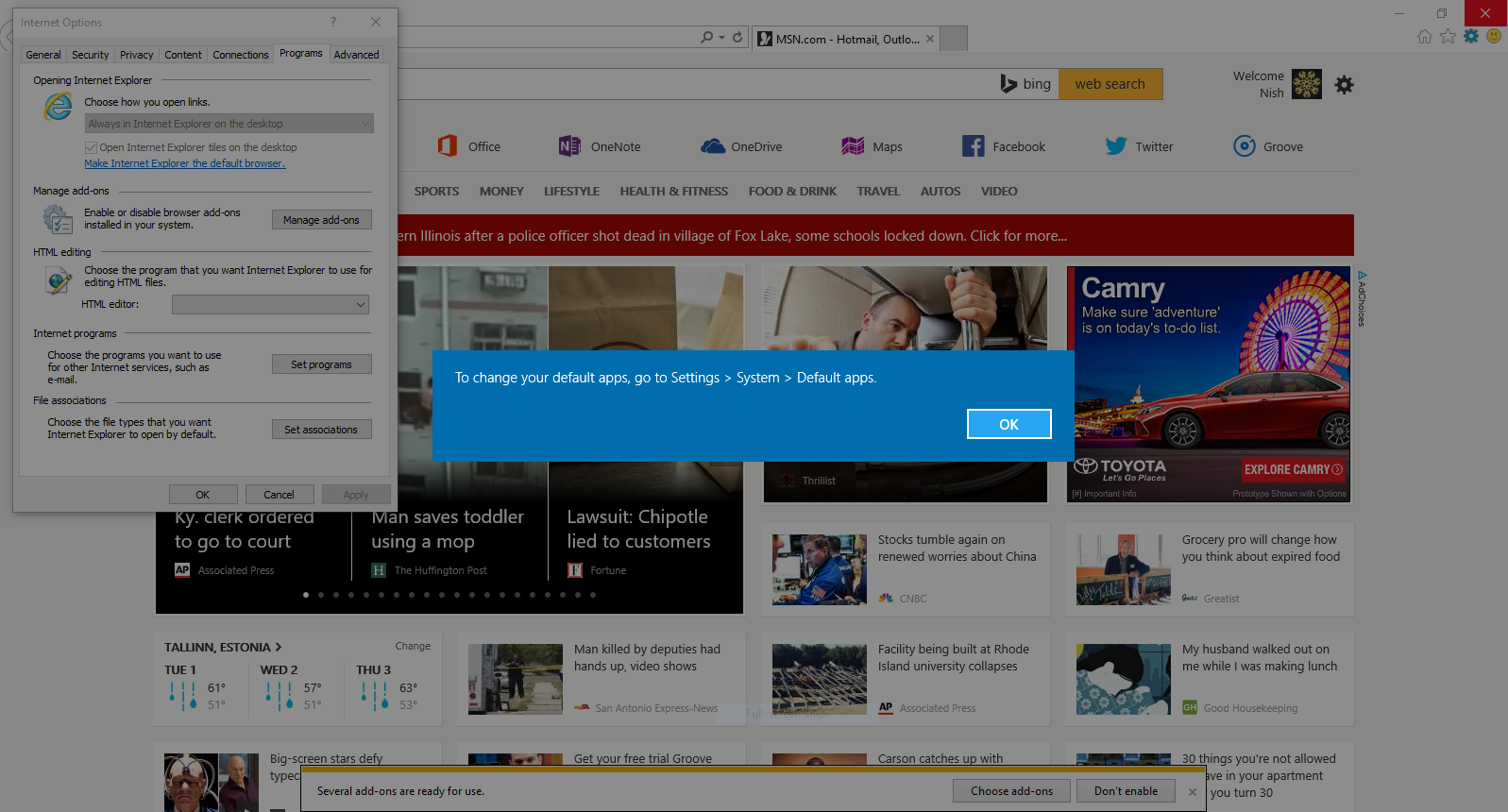 But isn't Microsoft harvesting my data?

Well, yes and no... Microsoft can't access anything that you don't give them. Even then they aren't actually peeking into what you plan on giving Bobby for New years. It's all automated tools scanning for illegal/pirated content and so on. Most other cloud service providers already do this and they are pretty much required to by relevant US laws hand over data to law enforcement if the need arises, but it's just that Microsoft is trying to be a little more transparent about it.

By using OneDrive, Cortana or any of their cloud connected services, you are inherently trusting Microsoft. If you are deeply concerned about your privacy, your content shouldn't be on the internet. So you might want to avoid OneDrive and Cortana...

It's hard to maintain a sense of control or privacy on the internet today. Especially with everything moving to the cloud. I mean it's free storage, always there when you need it all you need to do is log in, upload and it's preserved forever - Well there are a few things to keep in mind. When you upload something somewhere, you are essentially trusting someone with your personal information. It's just like handing it to a stranger on the street, except this stranger is a multi-billion dollar corporation. How much they stand to lose mishandling your information is anyone's guess but it all comes down to trust in the end. By using OneDrive, Cortana or any of their cloud connected services, you are inherently trusting Microsoft. If you are deeply concerned about your privacy, your content shouldn't be on the internet. So you might want to avoid OneDrive and Cortana as well as uncheck all of the relevant settings in the privacy menu.

Windows 10 is pretty good. It's certainly a step up over Windows 8 and brings a lot of performance enhancements over Windows 7. However in many ways, like exactly what it is; version 1 software lacking a lot of polish in a lot of places. With Cortana and the Universal Windows App platform, Microsoft setting up Windows as the OS of the future and it may very well be someday, but it's still not quite there yet. The big question is should you upgrade?

Should you upgrade? ... If you've got Windows 8 and are just itching to get away from it, it's a no brainer.

It comes right down to what you currently already have. That means that the bigger question is, do you have Windows 8? If you've got Windows 8 and are just itching to get away from it, it's a no brainer. If you're happy with your Windows 7 setup, I'd wait for some of the inconsistencies to be resolved in future updates. You've got a year to claim your free upgrade, so no rush, right?