So it looks like i'm going to be going a little bit into the world of embedded device programming. Which is pretty different from what I consider to be your run of the mill software development. For starters, instead of the common 500 Gigabytes (GB) of hard drive storage in most PCs these days, the board i'll be playing with has got a whopping 16 Kilobytes[1] (KB) of flash storage (The header image on this post is about 50kb+... just to give you some context). 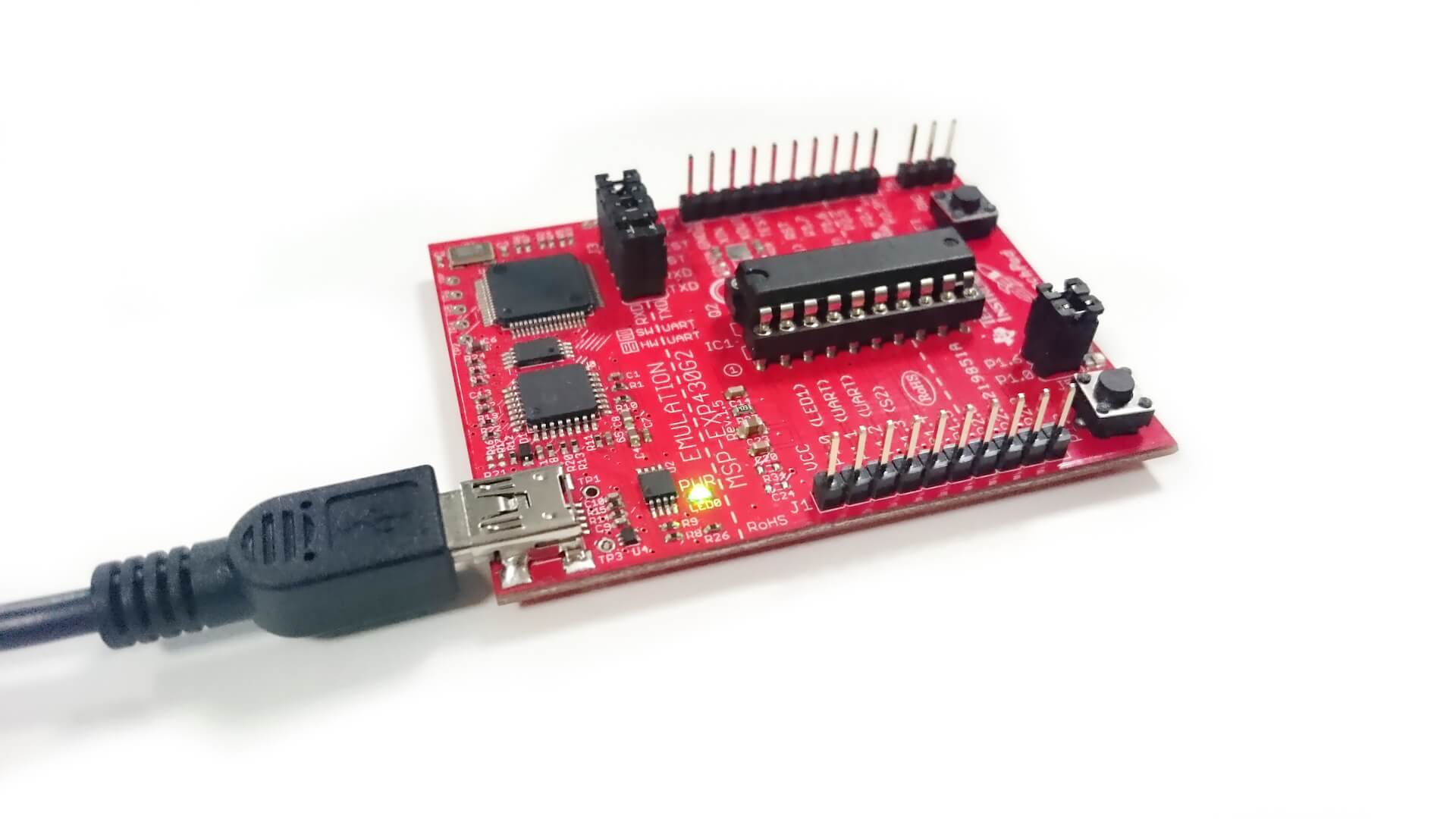 Here we have the MSP430 Micro Controller Unit (MCU) resting comfortably on a MSP-EXP430G2 Launchpad target board. It's programmed using the Mini USB port on the left. 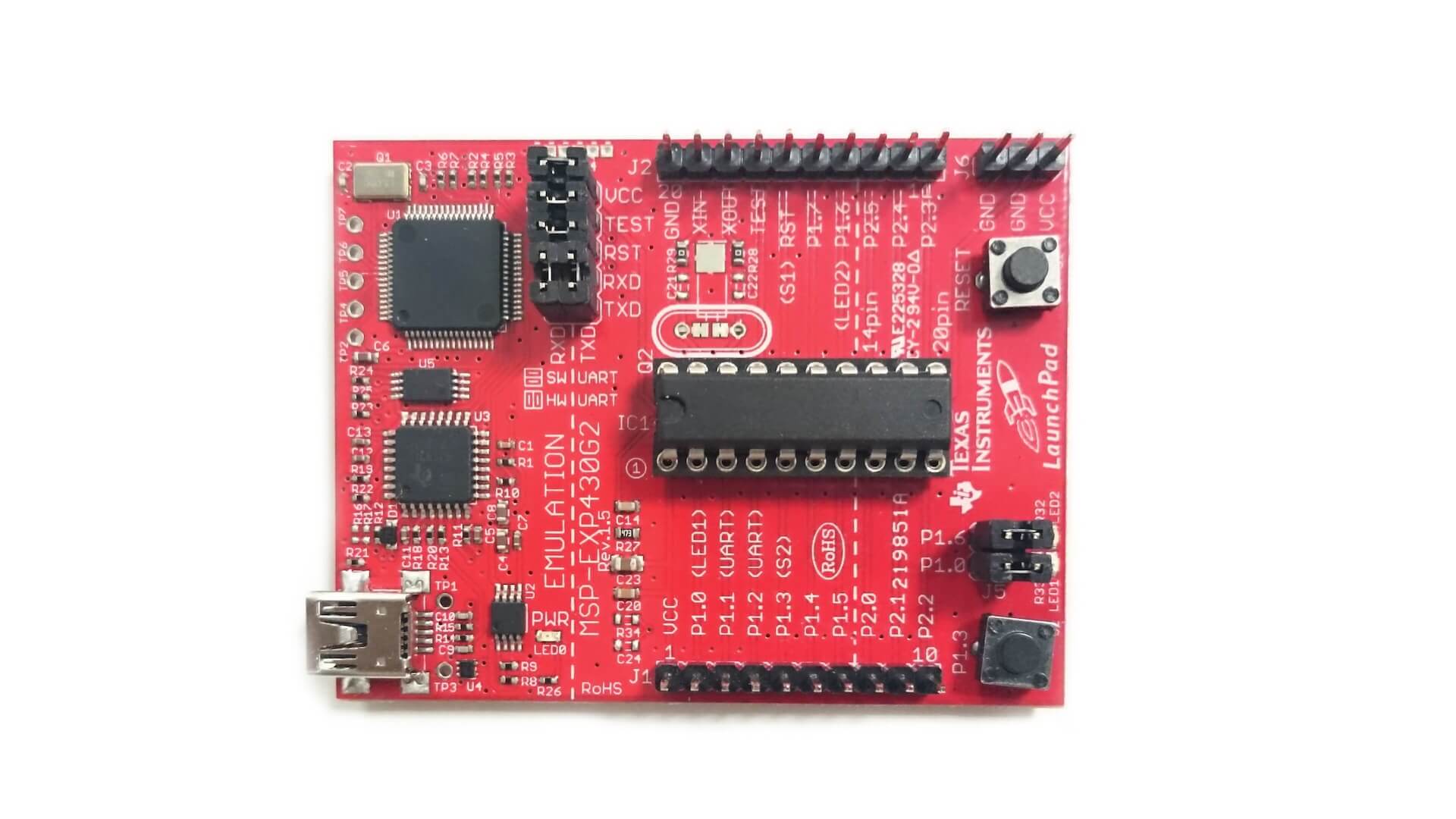 A quick look at the code

I'll be programming this bad boy using Code Composer Studio ; an Integrated Developer Environment (IDE) lovingly provided by Texas Instruments (TI). The free version will compile up to 16KB of code for the MSP430 using the TI compiler[1:1]. 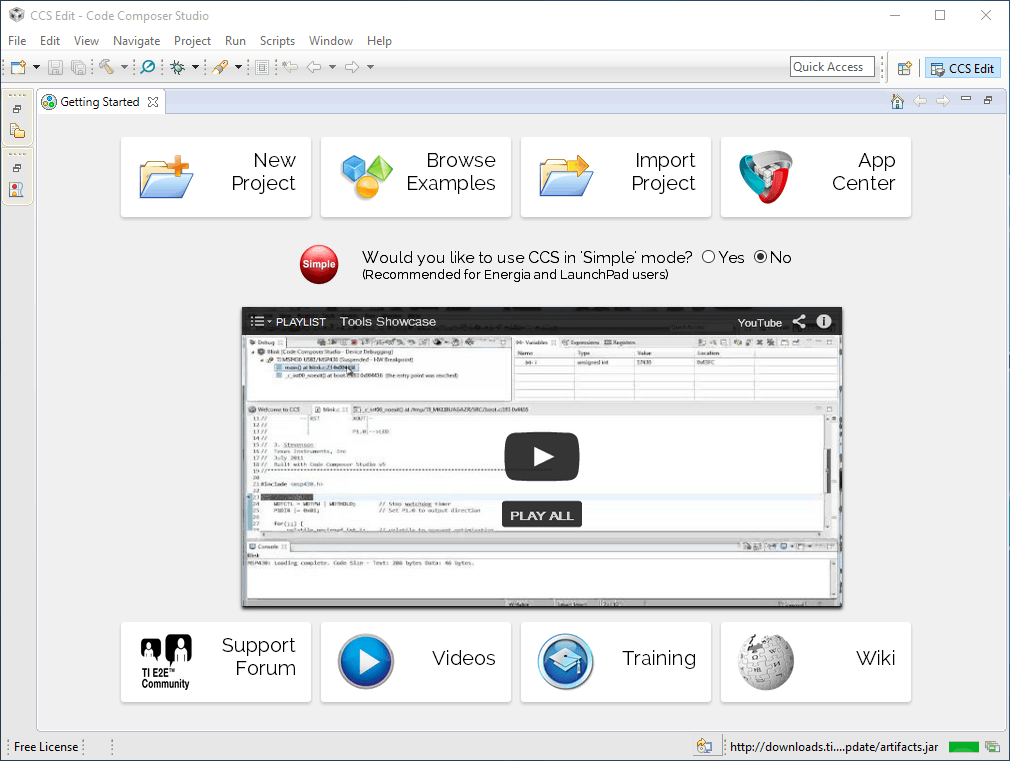 The microprocessor is programmed using the C programming language along with the msp430g2553 header file. One of the features i'm most pleased to see is the availability of a debugger which is useful for watching the code as it executes (I'm looking forward to getting my hands on that).

Getting started couldn't be easier, you create a new project and select your target device in the new project wizard. 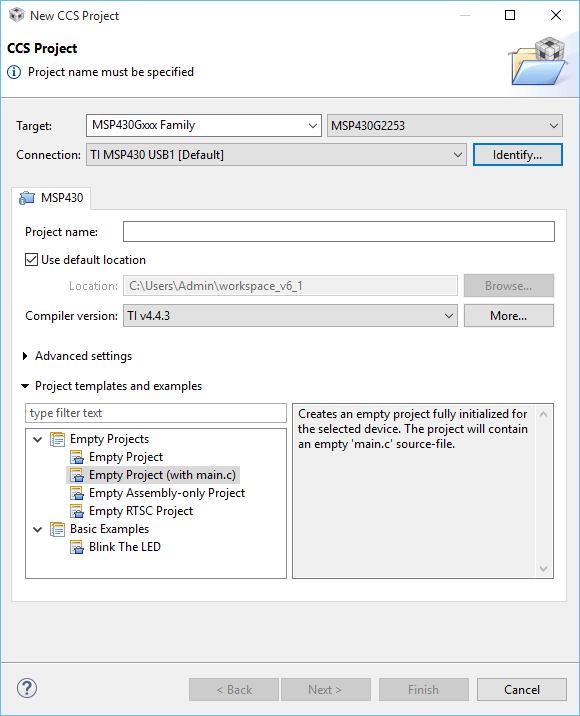 Next you just write your code and click the debug button (or push F11) to compile and upload the program. Here is a simple program that blinks a Light Emitting Diode (LED) on the board.

I'll be playing around with this over the next couple of weeks so expect a few posts on my thoughts and experience using it.