It's no secret I've been on the job hunt for a couple of weeks now. The hunt for a great team to work with is as much a challenge for me as it is for companies. Recruiters are supposed to somehow help relieve frustration on both sides of the spectrum by taking care of the sourcing and screening bits on behalf of the company and establish connections with the company on behalf of candidates.

Recruitment companies have recently been going to great lengths to automate this process, usually by partnering with some SaaS solution offered by a 3rd party vendor[1] as a way of being more efficient at delivering top quality candidates.

I recently made an attempt to reach out to a recruitment agency; despite all the warnings from my peers not to touch those with a 10-foot pole. It turned out to be an interesting experience to say the least.

Shortly after providing my name, email and resume, I was provided with a link to begin an automated test consisting of 20 questions which aimed to screen out poor candidates. According to the instructions, the top 1% of candidates could complete the exercise in roughly 20 - 30 mins which at first seemed like a rather interesting proposal. As I grabbed my morning coffee, I prepared myself for an hour long exercise aimed at evaluating my skill.

However, what I was confronted with was what I can only describe as hilariously bad, but don't take my word for it -

It's worth mentioning that my application was for an Android developer position so all of the multiple choice questions were geared towards that. I retyped the questions in an effort to protect their privacy because their UI is just too obvious to anyone that's seen it before.

My goal here is to inform not shame.

The repeating option here was not an error on my part. I guess all questions required 4 options. This is arguably just a super nitpicky question. Developers work alongside the documentation precisely because no one should have to memorize tiny details like this.

There isn't even a correct answer here[2]...

This question is asking a largely subjective question in multiple choice form. A more interesting interview question may have been to justify which methods you would not use and why.

Perhaps the least relevant of all was this

Eclipse as an Android development IDE has not been the de facto standard of Android development since the first stable release of Android Studio in December 2014[3]. And this is not even taking into consideration the fact that it was in early access/ beta since March of 2013. While I couldn't find any concrete numbers showing developer adoption, Google did mention this in the 2016 Google I/O keynote - 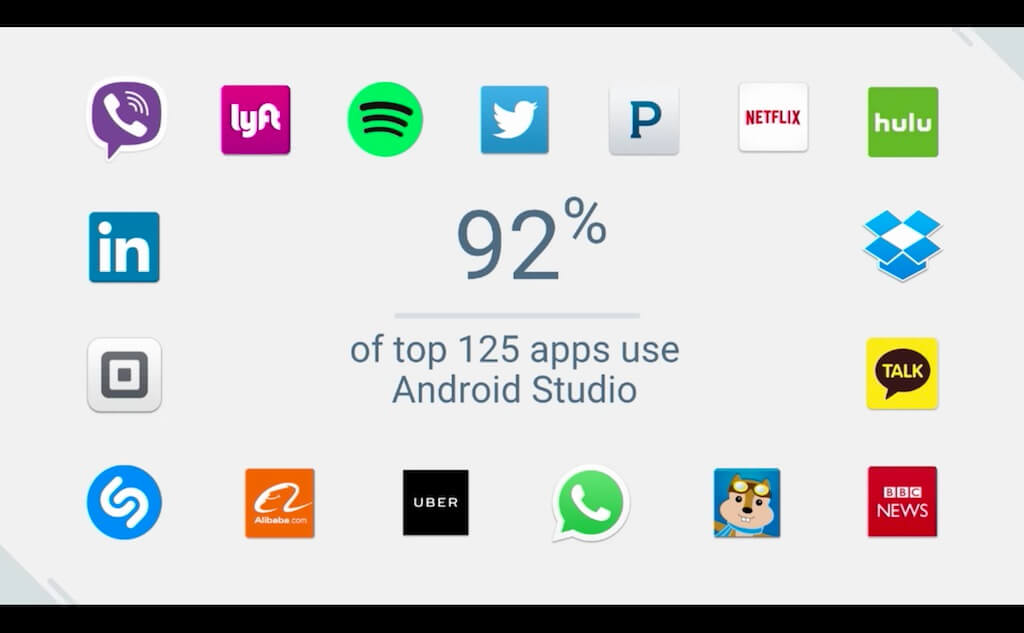 Asking this sort of question in 2016 serves as more of an indication to the candidate that you are a company that he/she should not be interested in.

The test concluded with the final 2 questions being generic coding challenges which in all honesty was largely reminiscent of test taking.

Why these tools fail

Given the experience I have just had with this tool; and all the regret I now feel in not listening to my friends and colleagues, I will now actively avoid any company that uses these systems when applying for jobs moving forward. Unsurprisingly, my research has shown that I'm not alone[4] in this opinion. At the end of the day, I can really see two kinds of candidates being screened out using these tools.

If you are a company or hiring manager that relies on these kinds of tools in order to bring the best people in, you are probably better off just screening the candidates yourself.

I do somewhat understand the reluctance that some people might have in "Humanizing" their recruitment staff. They have earned an especially bad reputation by being extremely aggressive when approaching candidates and trying to meet their quotas. A hilarious recount that a friend of mine shared recently demonstrates this perfectly

So a recruiter called me on the ​company phone​ while in the middle of a meeting of me and the CEO. The CEO answers the phone and hands it to me and I am just there listening to that recruiter selling themselves. I had to hold myself back from telling her to go f*ck herself but I think I will do that now since she added me on LinkedIn. The best part is that she was saying that she was ​returning my phone call​ but I never f*cking called her since I'm not even looking for a job! We had a bit of a laugh with the CEO but that was f*cking unacceptable.

The well warranted profanity aside, this shows the state in which we find ourselves when job hunting today. Candidates are treated as replaceable code churning machines and anything less than perfect is considered a defective product in a soulless process devoid of empathy.

In my experience, the best companies that attract the best people take a more novel approach to hiring. In fact, one company I recently reached out to actively hides their recruitment email address behind a cleverly constructed scavenger hunt across unindexed portions of their website designed to test candidates. I was told that this effectively reduces the number of applicants to about a dozen at the most. Another simply reaches out and tasks the candidates to develop a small app using specific tools. These are highly focused on testing the specific needs of the company. It properly asks

Is candidate X the right fit for my team?

Rather than the conventional does candidate X have the best test scores?

Most companies tend to forget that a companies recruitment strategy is an extension of the company which reflects the company culture and a bad one can affect the company's credibility and reputation in the industry[5]. A good recruitment platform is one that gets the candidates excited about the job that they are applying for and helps put the company's best foot forward, which is more than I can say about my experience today.

In conclusion, think that my experience speaks for itself here. Reaching out to recruiters doesn't have to be a painful experience[6]. Tools like this only serve to make it this way.