Let me just get this out of the way: I'm a huge fan of the Borderlands series and it's not hard to see why. Borderlands is a huge open world role playing game (RPG) with lots to do, plenty of psychos to shoot and, all the guns and loot that a player could possibly want. The series takes place on Pandora (No, not the one in Avatar), a world that was colonized by a huge corporation which assisted in setting up a mining operation that may have turned the world into a hostile barren wasteland[1] (Nope... still not Avatar).

Despite it's completely satisfying gameplay as a shoot-em-up RPG, Borderlands never really did a great job in the area of character development. We were always just vault hunters. This meant that we had to find a vault key of some kind to open one of the mystical vault because... money[1:1]. Sure there were a couple of ECHO logs[1:2] with about 10 mins of worth of pre-recorded backstory that helped paint the protagonist in some other light other than a gun trotting bandit murder machine out to loot everything in sight, but that was about it[1:3].

Despite the awesomeness of the game play in the series, Borderlands never historically did a great job of character development 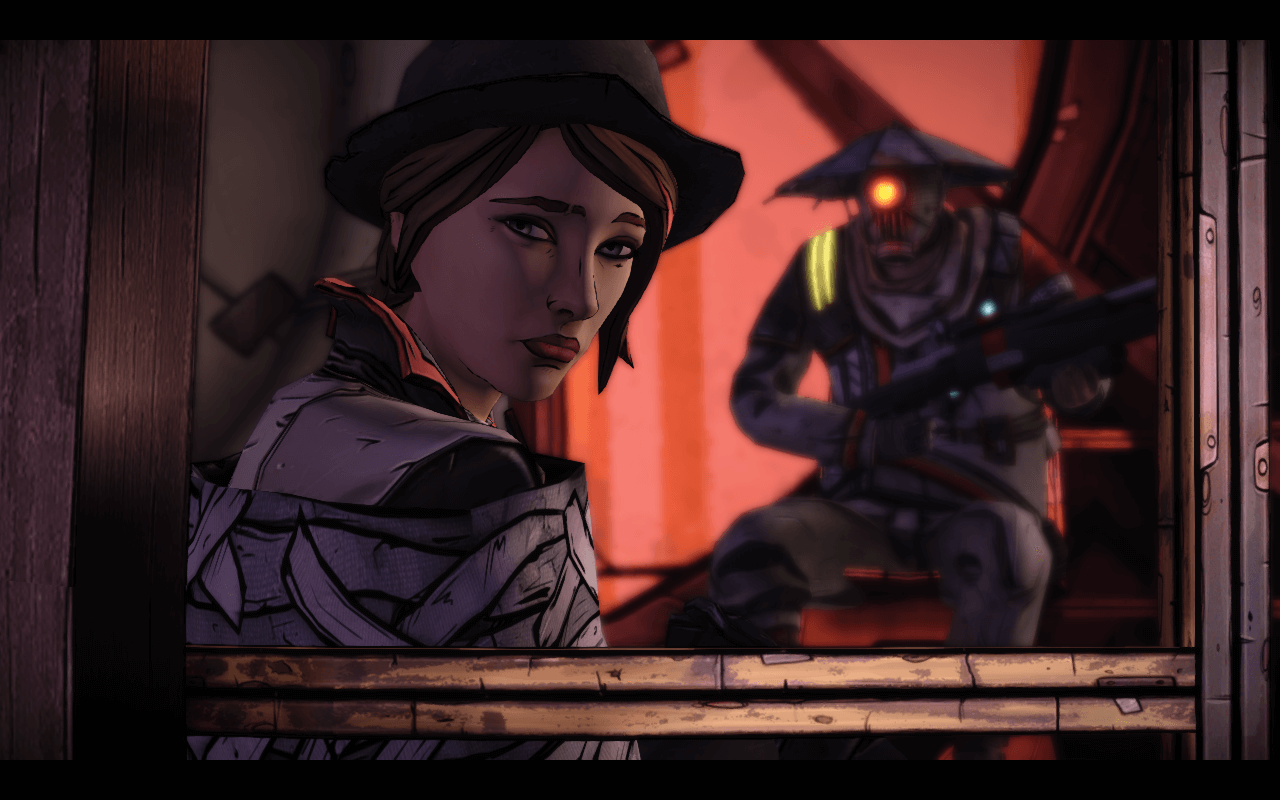 Now that's where Telltale comes in. With previous titles under their belts like The Walking Dead and The Wolf Among Us[1:4], we know Telltale as being phenomenal story tellers. They really understand what it takes to craft immersive story driven games and I'm pleased to say, their work with Tales from the Borderlands is no exception.

They pretty much everything you'd expect and hope. They stayed true to the art direction of the original games in the series but more importantly, maintained the awkward yet satisfying humor that we love about the series. They kept everything that made a Borderlands game... well... Borderlands[1:5]. 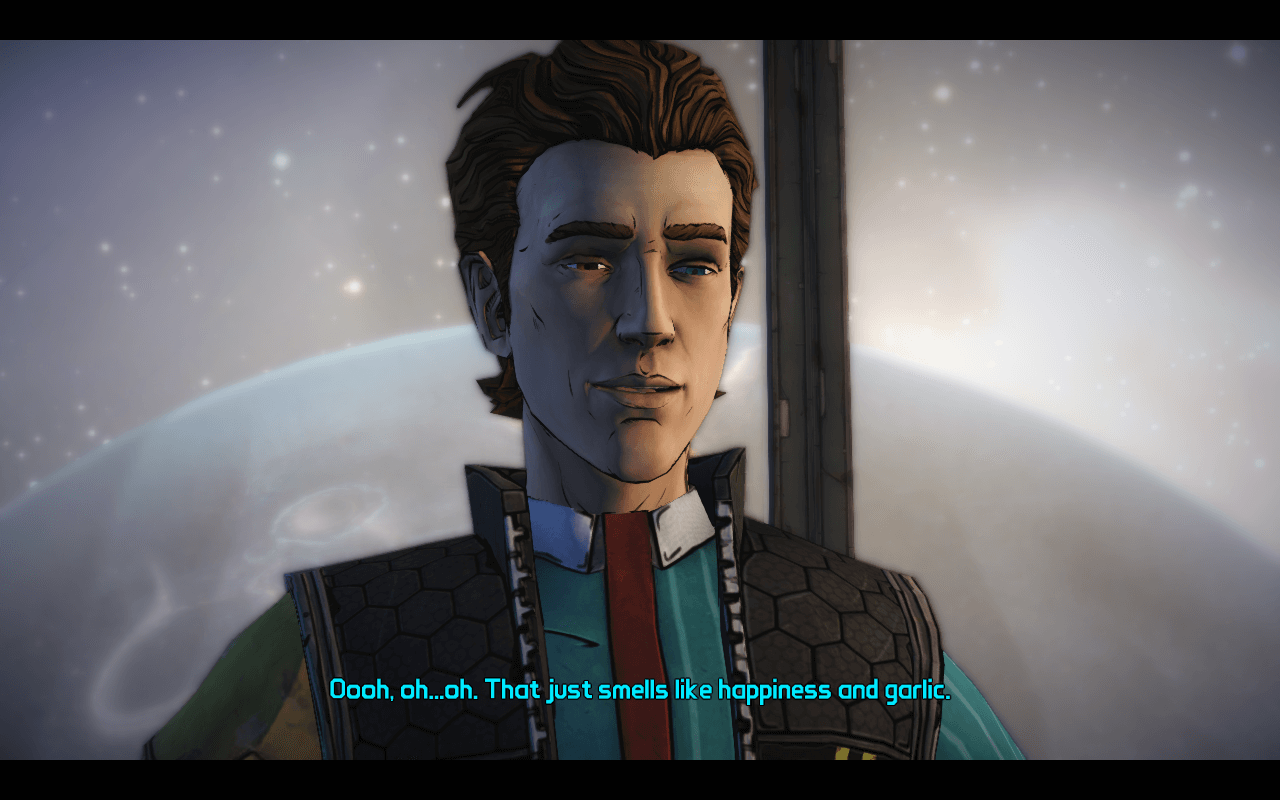 Contrary to what I expected going into the game, Tales from the Borderlands didn't do much to try to fill in the plot holes left by previous titles in the series. It was a bit of a let down that we never get to find out more about the history of the vault hunters or the Siren's abilities, but after spending a couple of hours getting into the story it makes itself pretty clear that it was never really meant to do that. It's just the a story of how Rhease and Fiona (the protagonists) got tied up and dragged across the desert by a masked man with a big gun.

The story could have easily been set on another planet or universe and it would have still been a great story, but the fact that it took place in a universe that i like, and referenced characters that I know and like only made it a whole lot better for me.

Tales from the Borderlands didn't much in trying to fill in the plot holes left by previous titles in the series. ...it makes itself pretty clear that it was never really meant to

In classic Telltale fashion, you make a lot of choices in the game, some bigger than others. These choices play a huge role in determining the outcome of the story. Establishing good relations with certain characters prove to be beneficial from time to time, before you are quickly reminded that you are on Pandora; a hostile planet where everyone and everything is trying to kill you. Trying to appeal to certain characters sometimes compromises relationships with others.

These choices usually had me really coming to care about the character especially at moments where some kind of sacrifice was inevitable. When something bad happened I found myself feeling a little guilty for making a bad decision, which ultimately affected how I made decisions that came after.

If you are a fan of the Borderlands series and would like to get back on Pandora, absolutely. If you've played other Telltale games and loved them, this certainly won't disappoint you. It's simply a well written point and click comedy/adventure story. It's got a great plot, great characters and a lot of well executed humor. 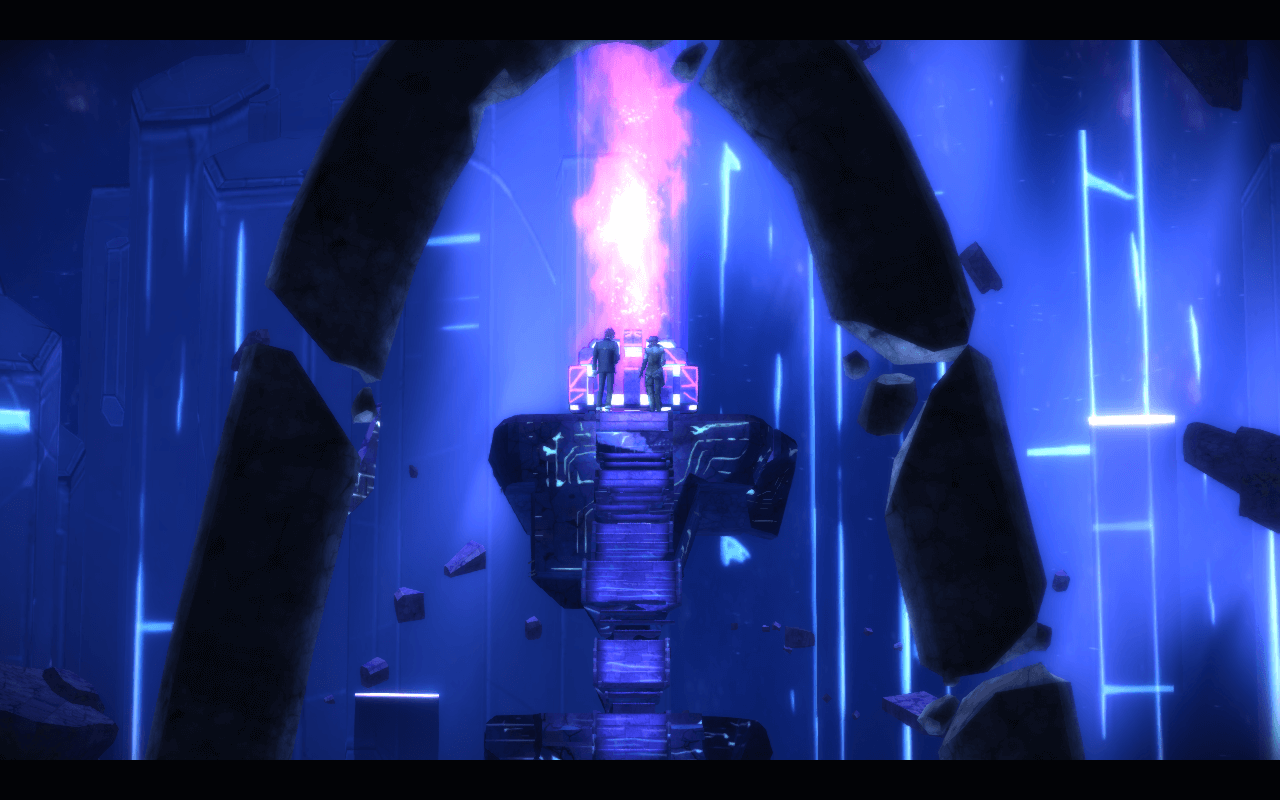