I love indie games. They give me a break from big AAA titles by providing small but well-developed experiences. They tend to be sincere expressions of what game developers "want" to create without having to bend to the will of big publishers only concerned about the bottom line[1].

So I recently got my hands on Machinarium[1:1], and I really can't say enough good things about it. The beautiful art direction and deep story telling immerse the player in a futuristic world populated by robots in the rusty old city of Machinarium. Here the player must navigate through the city to defeat the robots of the Black Cap Brotherhood and save the city. 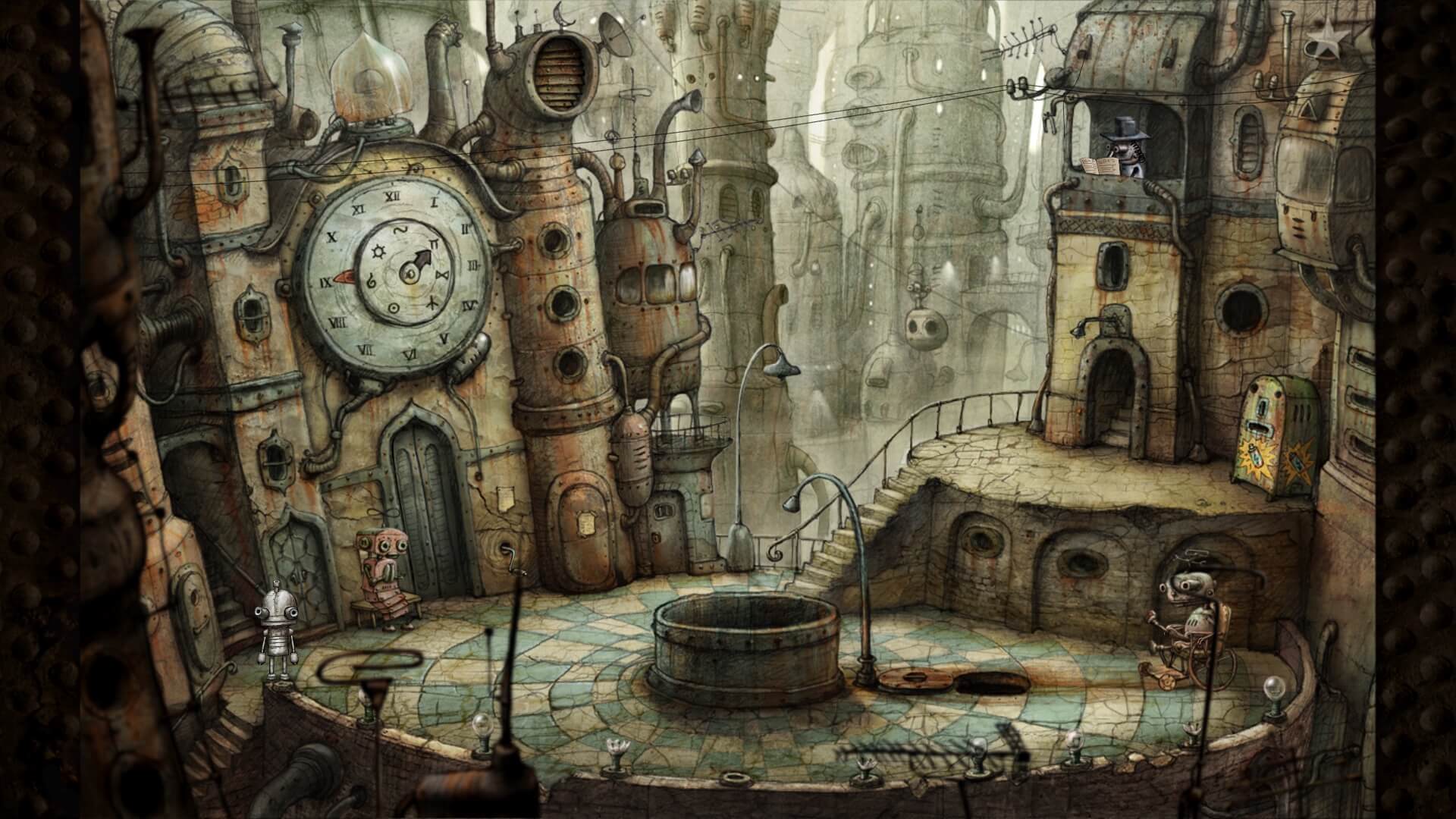 The artwork is the star of the show here. It's simply difficult to overstate how great it looks with its hand drawn backgrounds, characters, and animation. It's a point-and-click adventure game where you unsurprisingly, point and click to interact with the characters and environment. What sets it apart from other modern titles is it's simple interaction mechanic where all of the dialog and exchanges are made through illustrated speech bubbles and sound effects (not a single word is spoken throughout the entire game).

Like any good point-and-click title, the game is packed full of puzzles. Some of which are pretty obvious and straight forward, while others are challenging enough to induce uncontrollable fits of rage. Most of the puzzles are quite fun and stimulating, very a few of them stand out as feeling out of place. Those that do, feel like they were forced in simply because they just needed to put something there either because it drags on way too long, or just seemed out of place when viewed from the context of the level.

To keep the less patient player moving along, subtle hints are available on demand. Interestingly enough, hints stay true the theme, only going so far as providing a rough pictograph illustrating the immediate action that the player needs take to continue with the puzzle. If this isn't enough, however, there is a solutions manual presented as a book that gives more detailed images on how to complete the tasks, which if I'm completely honest merit a look just for the beautiful artwork. Unfortunately, the solution manual is also locked behind an annoying mini-game which the player is forced to complete to gain access. 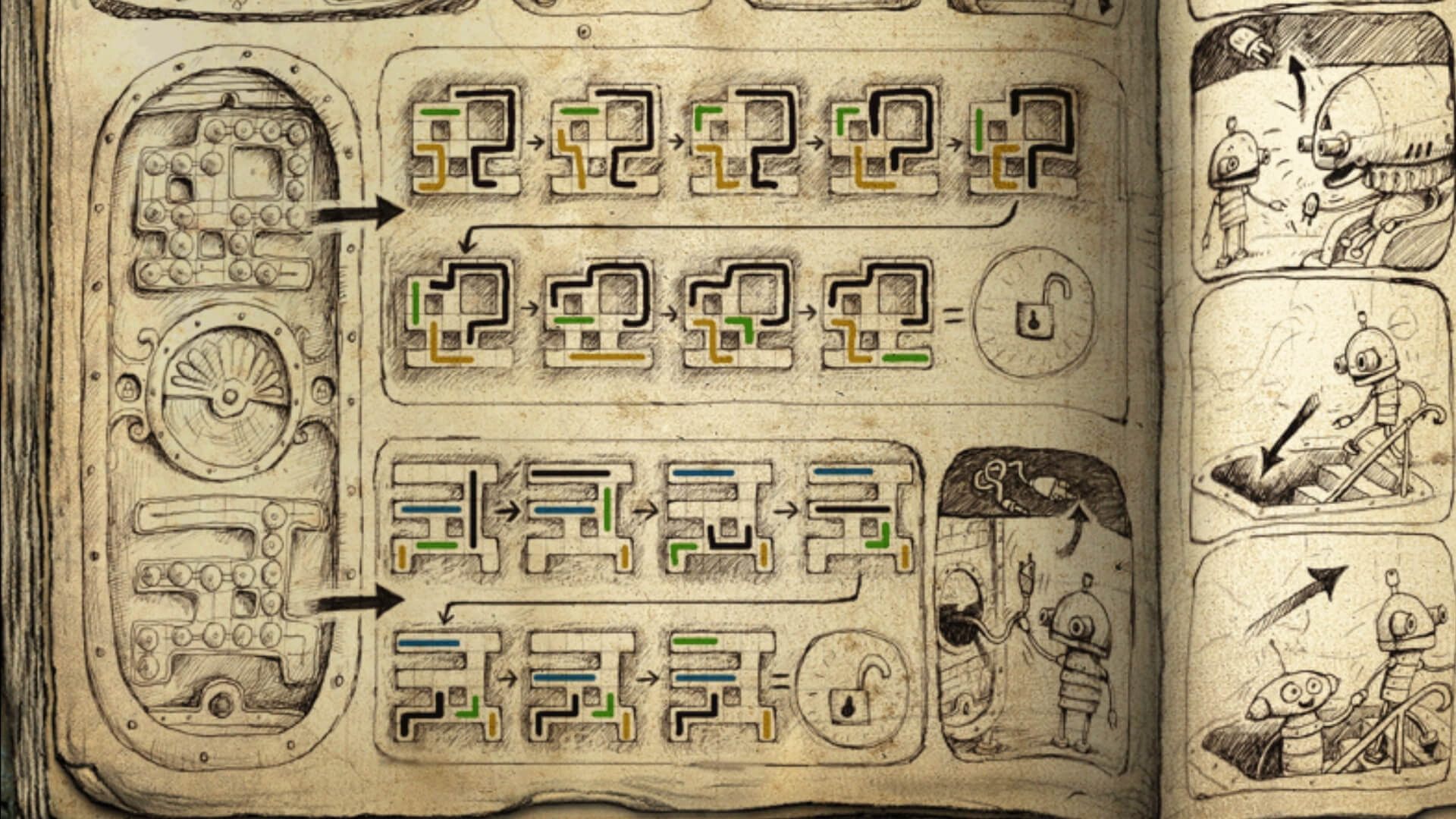 In conclusion, Machinarium makes me miss the old days of point and click adventure games. The game isn't trying to be all things to all people but is simply showcasing games as an art form and platform for creative story telling. It's simple, fun to play and looks amazing. Here's to hoping for a sequel. Cheers!